If I’ve learned anything from following the upcoming federal election, it’s that you can do no wrong by throwing in the word reform. It practically fixes anything. And if it doesn’t, it makes it sound like you have. Do you need a new flimsy policy to add to your already skeletal structure of lies and empty promises? Throw in senate reform! Are you losing in the polls and see yourself as a victim to our unfair democratic system? Are you not ready to admit that it could be due to Canadians’ disapproval of you and your party’s agenda? Put the hammer down on voting reform! Are you going through a midlife crisis and need a way to justify the motorcycle you just bought to your wife? Give totally-cool-and-not-sad-dad reform royal assent! 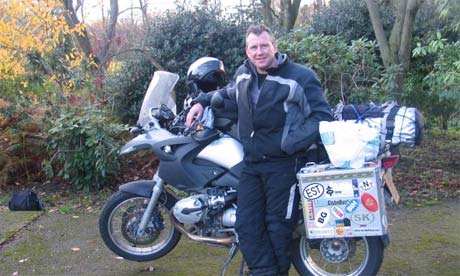 “The only thing going faster than this bike is my hairline!”
THE GUARDIAN

Over the past few weeks, we’ve seen different reforms discussed, alluded to, and even passed, if you can believe it. But what do these reforms (if anything) mean to Canadians?

First off is Justin Trudeau’s announcement of his plan for sweeping electoral reforms if elected this October. These included integrating proportional representation into our distorted voting system and ranked ballots. Trudeau also seeks to introduce mandatory voting, senate reform, and a mandatory equal number of men and women in the cabinet; basically, all the stuff you say when you find yourself losing in the polls. Not that I don’t agree with all these policies, I just don’t think Harper is sitting in his office right now thinking about how he should accommodate for the near-half of Canadians that didn’t vote for him. That being said, with the NDP surging in the polls and with election reform having been on their agenda since before it was cool, Canadians could yet see the light of a day when they can feel their vote actually counts—as opposed to now where it feels as though my ballot would be more useful to me if I used it as a tissue.

More recently, the aptly dubbed Reform Act passed by the senate Monday. The child of Conservative MP Michael Chong, who himself looks like the child of a Kpop boyband member and Gil from The Simpsons, was adopted despite much speculation that it would be shut down by the senate. The act is designed to give MPs more power in their party—allowing them the power to expel and reinstate caucus members, perform leadership reviews, and even vote to oust their leader if deemed necessary. In short, this bill dissolves much of the power held in the Prime Minister’s office and disperses it amongst the MPs. In theory, the Reform Act represents what seems to be an integral change to the Canadian political system.

However, the Reform Act has lately been highly contested in the media in regards to how much realistic change it will bring. Parliament Hill journalist Dale Smith points out that most of the acts measures can be easily maneuvered around by a leader with a little chutzpa and a knack for intimidation. As Toronto Sun contributor Anthony Furey writes, “If a leader wants to rule with an iron fist behind the scenes he or she’s going to find a way to do it.”

Despite all the reform-buzz over the past few weeks, no significant change will ever come until we reform from the usual bunch of sordid individuals who make up our government to a maybe more dignified selection, but you can’t win em’ all.