In case you missed it last week, Bill C-51, the anti-terror legislation that would give CSIS equivalent powers to the Gestapo, passed in the House of Commons with a hefty majority. If you’re ever on the internet, you know that plenty  of Canadians hate the bill, mostly due to lines like “The Service shall not take measures to reduce a threat to the security of Canada if those measures will contravene a right or freedom guaranteed by the Canadian Charter of Rights and Freedoms or will be contrary to other Canadian law, unless the Service is authorized to take them” (clause 42, emphasis mine). 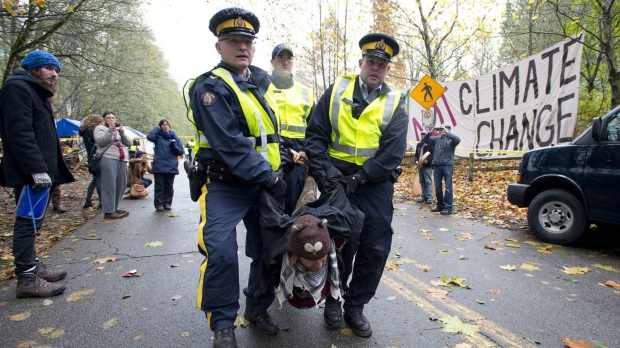 Who is authorizing the service to contravene the Charter? At this point, why even have a charter?
Canadian Press

In fact, even Mulcair and Trudeau aren’t fans of the bill. So, if everyone hates the bill, why did it pass? “A Conservative majority,” is the likely argument. After all, if the Conservatives can pass it without opposition support, why should the opposition even bother fighting? They should just lie down and take it from the newly empowered CSIS agents.

That has essentially been the Liberal argument. According to Trudeau, he shares “concerns about this bill,” even though he loves the expanded powers “which make it easier for police to detain someone, and to hold them in custody without a charge or a warrant.” Take that in; this is the provision he likes!  He’s only voting for it because “tactically, this government would be perfectly happy if the opposition completely voted against this bill because it fits into their fear narrative and [their desire to] … bash people on security.” We all love Trudeau, and we should forgive him for just trying to make sure he gets elected because it would be just terrible if the Conservatives constantly brought up his opposition to C-51.

The argument was made even more explicit in a letter by Liberal MP John McKay that’s been circling the internet and has even been published on official NDP sources.

The good bits are “Bill C-51 is a terrible piece of legislation, and we dislike it just as much as you do [but] what Mr. Harper wants most if for the Liberal party to vote against Bill C-51. Because, if we do, we will be handing him a golden opportunity to use it against us during the election,” and “As long as Stephen Harper is Prime Minister, there is simply no other way to stop Bill C-51. We have tried everything else.” It is the saddest, most cowardly thing I’ve ever read. Implicit in there is that polls matter more than principles, and that the public would be more concerned with not voting for C-51 than for it.

Why, I’d ask, did Justin compel his entire caucus to vote for the bill? This could have been a great moment to buck party discipline and to allow each MP to vote as they wished on such a crucial issue. Instead, the thought of a Liberal voting against the bill was so awful that it could not be tolerated. Did Justin actually think that Harper and the Conservatives will magically stop attacking him on security? It’s pitiful.

What happens when you face impossible adversity? Do you stake out a principled opposition or do you enable it for fear of backlash? Justin not only enabled it, he forced his party—people who find the bill “terrible”—to vote for it too, even though there was no way it could lose. That’s cowardice. Say what you want about Steve or Tom, but at least they voted with their hearts.