Just days after revelations emerged about Mike’s alleged 32 year old Peruvian daughter (whom he refuses to acknowledge or contact), the RCMP laid 31 charges against him at a press conference this morning: 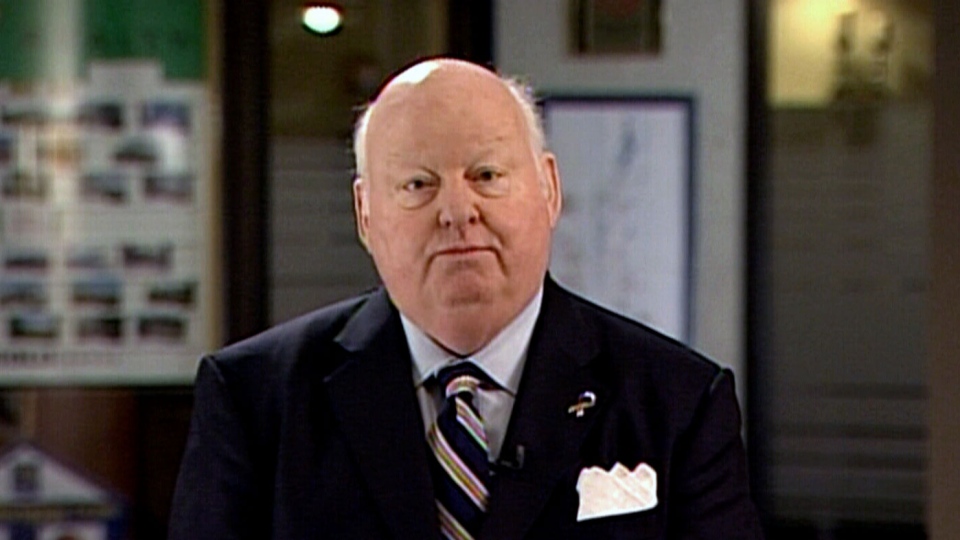 This includes $64,916.50 that Duffy allegedly gave to a friend for “no apparent work,” including consulting about “such as obesity, or being a Conservative,” topics we thought that Duffy was already an expert on.

The trouble started last year when Mike Duffy was accused of using taxpayer funds to pay for a residence in Ottawa while he listed his primary residence as being in PEI, despite not even having a PEI healthcare card. When the Board of Internal Economy asked him for proof of his PEI residence, he applied for a card and requested it to be fast-tracked. Oops.

Then, Nigel Wright, Stephen Harper’s Chief of Staff, gave Duffy $90,172 to use to pay back the money. Because the money came from Wright’s own pockets, the RCMP cleared Nigel Wright and the PMO of any wrongdoing. It was just a “you screwed up, pay back the money to make it right,” that happens between friends and also the most powerful people in Canada.

Because Wright was cleared of giving the money, it was originally unclear why Duffy could be charged for receiving the money. After all, the “criminalize buying but not selling,” logic is unheard of outside of Conservative prostitution legislation. His lawyer asked Nigel Wright’s non-crime became “mysteriously, a crime or bribe when received by Senator Duffy.” Yet, the RCMP is accusing Duffy of having requested the money from Wright, which would definitely push into the illegal side of the “getting money from senior government officials” spectrum.

Despite his heart trouble, he plans on mounting a vigorous defence, arguing that he did not want Wright’s money, and really didn’t do anything wrong with that whole money thing. This put the Senate under a microscope, and Duffy was expelled from the Conservative caucus along with Pamela Walling and Patrick “Strip-Joint” Brazeau.

A trial date has been set for September 16th, 2014. Let’s just hope he doesn’t try billing his legal feeds to the taxpayer. On the bright side, if Mike Duffy does go to jail, maybe he’ll find another drug mule to have a child with.