Ontarians, I’d say that we were in the deep end again, but that doesn’t quite cut it. We’re in a deep end with our arms chopped off, our legs tied together, and we have salt in one of eyes.

In other words, we’re looking at a June election.

There’s no way this is going to turn out good for anyone, especially not for us. Choosing between NDP leader Andrea Horwath, Liberal Premier Kathleen Wynne, and Progressive Conservative leader Tim Hudak is like playing reverse Russian roulette— all the ammunition slots are filled except for one, and that one is the Green party. 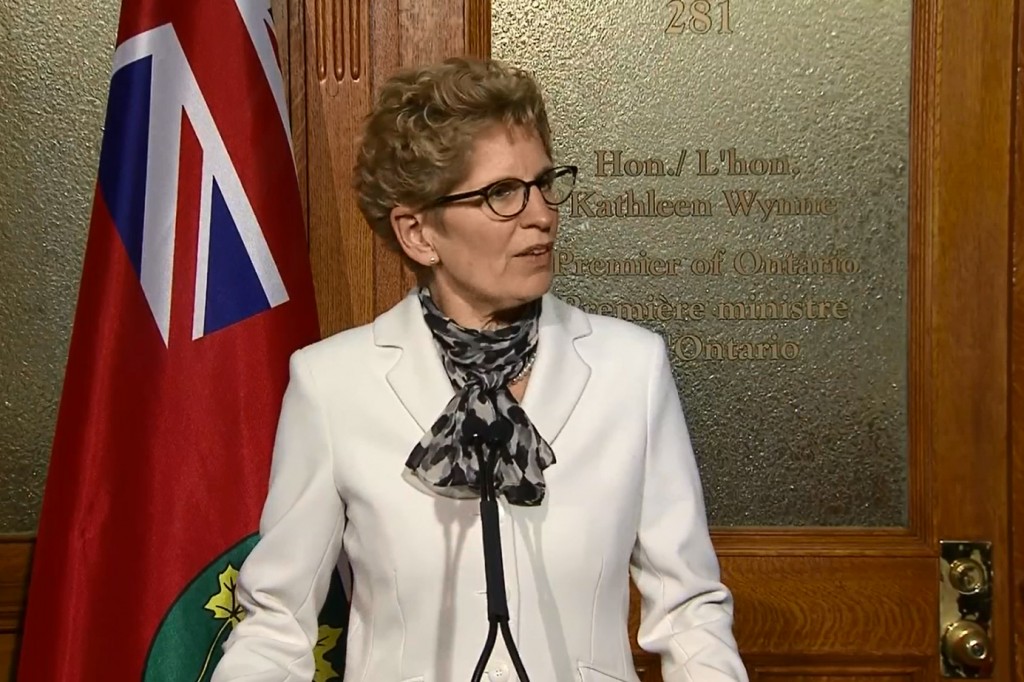 But then again, that isn’t much comfort.  The gun is filled, after all.  The Green Party is just a blank, a dud.

This outlook is not pessimistic.  It’s just optimism at its most real in a political circus that is anything but. In fact, that unreal politic-zeitgeist is what started this whole zoo. Andrea Horwath plunged the province into election after stating that her party would not support the minority Liberal government’s budget.

Why? Andrea has given little in way of explanation. She instead called the budget a “mad dash to escape the scandals by promising the moon and the stars.”

There is no denying the Liberal party is mired with scandal after scandal. The botched Health Premiums in 2004, the eHealth scandal, the G20 Police Laws scandal, the canceled gas power plants—to pick one is to forget how broken the whole was (and possibly is). Gluing China back together is an easier task.

But Horwath’s rejection is comical. No budget, except maybe one drafted entirely by the NDP themselves, was as NDP-friendly. It included a new Ontario Retirement Pension Plan, reinvigorated the Ontario Child Benefit for low-income families, pledged $29 billion in transportation infrastructure, $11.4 billion for hospital maintenance, and $11 billion for school physical renovations. To top it off, it was backed by the juggernauts that form a large portion of the NDP’s organizational supporters: the Ontario Federation of Labour President Sid Ryan, the Registered Nurses Association of Ontario, and the Canadian Union of Public Employees.

What else she could’ve wanted, I’m sure even she doesn’t know.

Of course, the move was entirely political—a desperate hope to swing at seats while the Liberals are marred by controversy and the Conservatives are, well, the Conservatives—which I guess can be expected in a political sphere. Yet one can’t help and feel that Andrea Horwath is undeniably treading the same murky waters, looking up at the stars, and madly hoping to take Liberal and Conservative seats while diving in too deep. She forgets that they can swim all the same and take seats from her.

Nonetheless, the coming month will bring a mouthful of campaign promises. Tim Hudak will go on about how an election wasn’t called soon enough—something he has already done—and the danger of his immutable, undebatable platform will be evident again. Howarth will tell anyone who will listen that the NDP have you in their best interests, because they, like you, are a simple people (even if calling election was a highly complex, calculated decision). And Kathleen Wynne will try to distance herself from the all-consuming Liberal fiasco while simultaneously pushing the rejected budget (perhaps a product of the shambles that was the Gas Plant Scandal).

Either way, Ontarians need to be wary in this deep end. We don’t want to be swallowed whole. I mean—we can always vote Green to avoid the snafu. But like was said already, it is “the Green party after all.”